The two Italian artists Simone Bertuzzi and Simone Trabucchi have been collaborating since 2003 under the name Invernomuto, which derives from an artificial intelligence in William Gibson’s Sci-Fi novel Neuromancer. The two artists graduated from Brera, the Milanese academy of fine arts, where they studied in a mixed media art course.

Both have a background in electronic music and each one has parallel to Invernomuto also his own music project. Their work combines video and sound, sculpture, performance and publishing. Their shows, with a precise understanding for space, are always site specific.

In its lecture Invernomuto presents their recent oeuvre and in particular Negus a conceptual feature length documentary. The film explores the history and myth of Ethiopia’s last emperor Haile Selassie I. The resulting story combines the almost mythical figure of Selassie, which was portrayed by Mussolini’s fascists during their occupation of Ethiopia as the manifestation of evil, with aspects of Rastafarianism, a religion in which Selassie was declared as the resurrection of Christ, which emerged at the same time in Jamaica.

The project Negus started with a story told by a relative about a strange ritual, which took place in 1936 in their hometown of Vernasca, in Italy. A wounded soldier came home from Ethiopia and the village organized a strange welcoming ritual where they burned a figure of Haile Selassie I. in the middle of the main square. From this story the duo developed Negus in which they invited Lee ‘Scratch’ Perry to Vernasca to perform a resurrection ritual for Haile Selassie I. 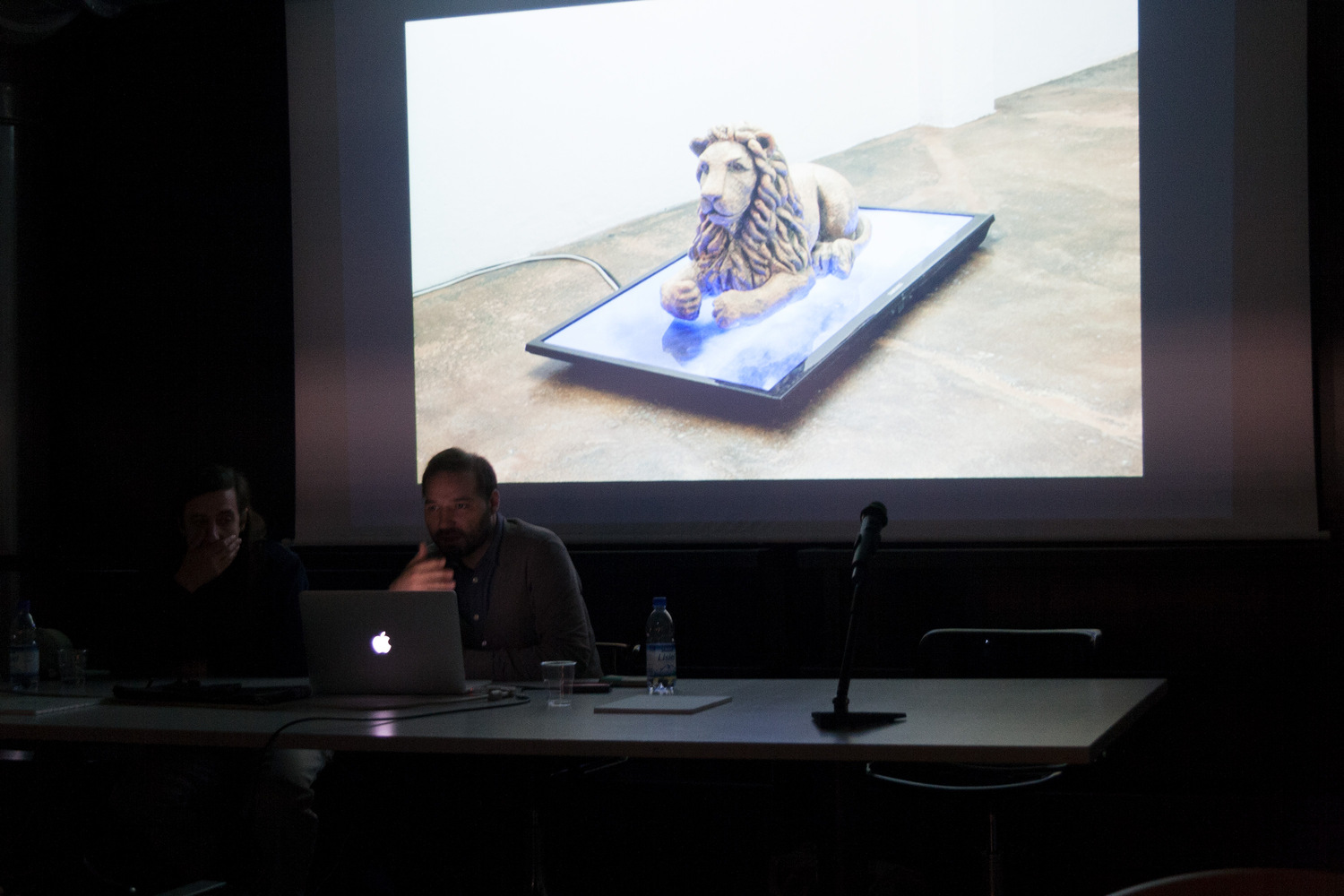 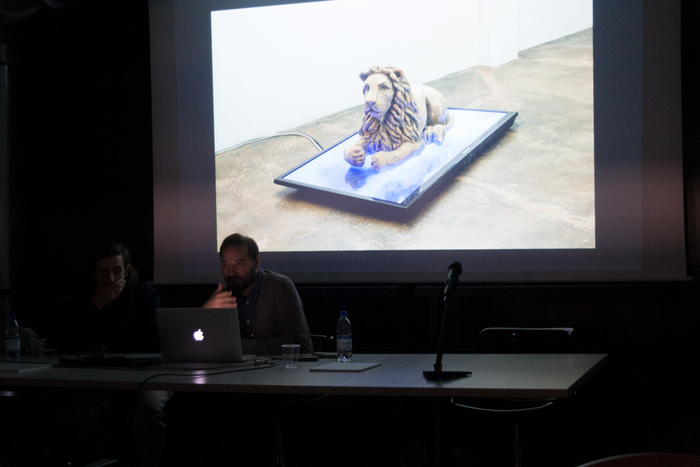